DreamHack is proud to announce that the Dota 2 Stockholm Major will be broadcasted live on eGG Network, Southeast Asia’s first 24/7 esports TV channel available in 8 countries. Following a fruitful collaboration during the CORSAIR DreamLeague Season 10 where the first Dota 2 Minor of DPC was broadcasted live on eGG Network, esports fans in Southeast Asia will be treated to full live coverage of the Dota 2 Stockholm Major including both the Group Stage and Playoffs.

“Esports fans around the region enjoyed watching the CORSAIR DreamLeague Season 10 on eGG Network, and will be thrilled to catch top Dota 2 teams at the Stockholm Major. All 8 countries with eGG Network can catch the action LIVE at 8:30 PM (GMT+8) daily from March 14 onwards. DreamHack produces top quality tournaments and we hope to see a DreamHack live event hosted within our shores in the near future,” said CK Lee, Head of Sports, Astro.

“Our love for Dota 2 fans from the SEA region has only grown over the years as we see the passion with which they support their local teams and players. This partnership with eGG Network will allow more fans in this region to watch the best Dota 2 professionals playing their hearts out to prove they are the best. Working with eGG Network, with their great understanding of the SEA region and their viewers make it possible for us to bring the DreamHack experience to even more viewers”, said DreamHack Chief Product Officer Michael Van Driel.

This event will feature 16 of the world’s best Dota 2 teams from regions: 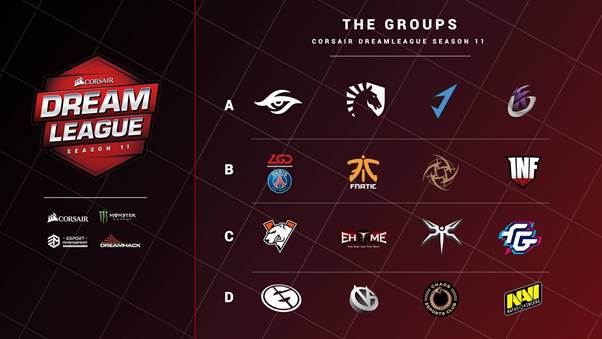 CORSAIR DreamLeague Season 11 (also known as the Stockholm Major) is the third Major of the 2018/2019 Dota 2 Professional Circuit (DPC) season and the first Major to be held in Stockholm, with the Main Event held at Annexet. Besides featuring world-class production, the Major will introduce an improved stats presentation using a state-of-the-art analytics platform which will allow fans to explore the minds and the decision-making process of professional gamers in a fresh way.

During the Playoffs (March 16-24), teams will play a double-elimination format. All matches are best-of-3 except the lower bracket round 1 (best-of-1) and the Grand Final (best-of-5).

The tournament broadcast will begin at 8.30 PM MYT (GMT+8) on March 14, and all of the matches will be live on eGG Network. Visit www.egg.network for more info.