By Reon / 4 months ago / Lifestyle / No Comments

The first ever PUBG MOBILE Campus Championship (PMCC) 2019 will have a participation of 6,000 students across Malaysia battling for their chicken dinners and a share of the RM60,000 prize pool. The winning team will also receive a 1 year mobile plan from Yoodo and an exclusive direct invite to the Grand Finals of PUBG MOBILE National Championship (PMNC) 2020. 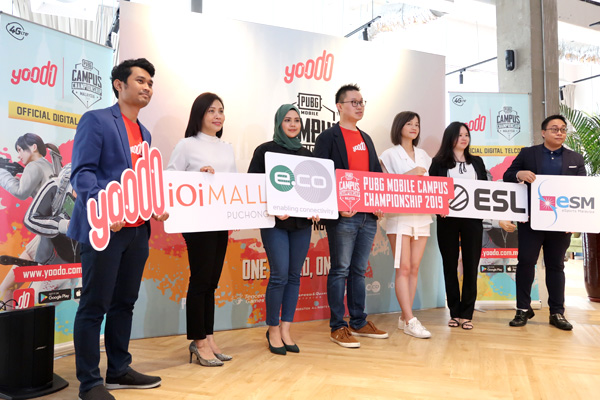 The championship will kick off on 24 September with 7 separate regional qualifiers and finals before the grand finals on 24 November featuring the top 16 teams. Registrations for the competition are now open and students can apply to participate at www.pubgmobile.com/MY/PMCC2019.

“Our aim when we ventured into esports was to cultivate and highlight local gaming talent,” said Chow Tuck Mun, Head of Yoodo. “PMCC 2019 is the evolution of these efforts, taking a more grassroots approach to reach the gamer communities where they are. We know there are many talented gamers waiting to be unearthed and we look forward to shining a spotlight on them through PMCC 2019.”

PUBG MOBILE fans will be able to catch all the action at regional viewing parties organised in collaboration with respective universities and their students. Here fans will also get to meet pro PUBG MOBILE esports teams, take part in community matches as well as walk away with exclusive prizes and merchandise.

PMCC 2019 is presented by Yoodo and published by PUBG MOBILE. The championship is also sponsored by edotco and organized by ESL Gaming.

Gaga Li, Head of PUBG MOBILE Southeast Asia Esports shared, “We are proud to be contributing to the development of esports amongst Malaysian youth. This first ever PUBG MOBILE campus tournament in Malaysia is in recognition of the immense support we have received from students here. We are confident that PMCC will be an incredible experience for all and an excellent platform to promote sportsmanship.”

Commenting on their sponsorship of the event, edotco Group Chief Regional Officer, Wan Zainal Adileen said, “The gaming ecosystem has evolved to be an industry in its own right. Esports depends on connectivity, bandwidth and capacity for optimal performance and a truly immersive experience. As an integrated telecommunications infrastructure provider, edotco is proud to power up the tournament and contribute towards the growth of the gaming industry and the overall digital economy.

To ramp up excitement around PMCC 2019, two social media competitions will also be launched that will reward winners with RM1,000 every week. Stay tuned for further details on how to participate when PMCC 2019 kicks off later on in September. 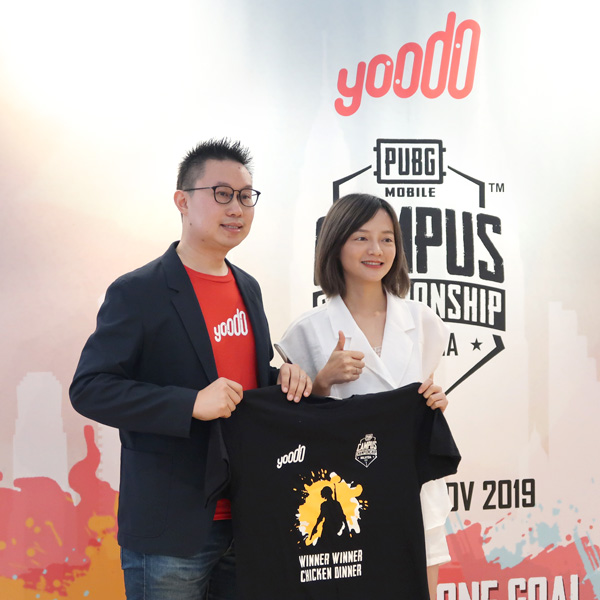 “Yoodo is committed to making PMCC 2019 the most engaging and action-packed campus-based esports tournament. In addition to the viewing parties and online competitions, we are collaborating with the universities and their students to organise roadshows all across the country,” added Tuck Mun.

Gamers can also enjoy unlimited Chicken Dinners with Yoodo’s exclusive 20GB PUBG MOBILE data add-on. Best of all the add-on is currently completely free in celebration of the launch of PMCC 2019.

Fans will also be able to catch the live-streamed action online at the Yoodo Esports community page www.facebook.com/yoodoesports. The page offers gaming and esports updates, news, reviews and live-streams at the new community page.