Summon your Strength with the Latest Predator Gaming Devices

Fans of Predator in Malaysia are today presented with an array of mouth-watering gaming laptops with the introduction of the award-winning Predator Triton 900, new-looking and battle-proven Predator Helios 300, and entertainment as well as game-ready Acer Nitro 5 and Nitro 7.

The launch of these highly desirable gaming devices came as Acer was reported to have captured the no. 1 position in total gaming laptops and desktops shipments in Malaysia for 2H 2018 as reported in IDC Worldwide Quarterly PCD Tracker, Q1 2019. These new products are expected to strengthen their position in gaming in Malaysia. “Gaming has been a huge part of Acer since the return of Predator in year 2015. Acer is now ranked no. 1 and no. 2 for gaming laptops and desktops respectively in 24 countries around the world, including in Malaysia! I would like to express our gratitude to all our followers, fans and customers for their trust and support towards Acer and Predator,” said Johnson Seet, Director of Consumer Business and Product, Acer Malaysia.

“As an industry leader, we immerse ourselves in the gaming ecosystem. Acer is always pushing boundaries to bring new innovations to gaming enthusiasts. To do this, we work closely with gaming communities in Malaysia. We will continue to support the growth of a healthy gaming ecosystem and provide devices that will help gamers achieve new levels in gaming,” Seet added.

The 2019 iF Design and Computex d&i award-winning product – Predator Triton 900 is designed with gaming enthusiasts and tech mavens who seek an innovative piece of gaming hardware in mind. The unique form factor of Predator Triton 900 is enabled by a CNC-machined Ezel Aero Hinge™ that flips, extends, or reclines the 17.3-inch display. Users can switch between four usage modes: Its different modes allow gamers to bring the display closer for a more immersive experience, making the Triton 900 perfect for switching from Dota2 to playing games that do not require the keyboard such as racing games or sports simulation games like FIFA and NBA 2K19.

Powered by the latest 9th Gen Intel® Core™ i7 processor with NVIDIA® GeForce® RTX 2080 and 8GB of dedicated GDDR6 VRAM, Predator Triton 900 is ready for gamers to unleash their skills. The latest 4th Gen Aeroblade™ 3D technology offers stable and reliable heat management for gamers to maximize performance no matter the task.

The Predator Triton 900 comes equipped with 16GB DDR4 RAM (2x 8GB; upgradable to 32GB DDR4 RAM of 2x16GB) and 1 TB (2x 512GB) PCIe NVMe SSD in RAID 0 configuration maximizing speed and allowing tech aficionados to upgrade it to meet their future needs. The more the merrier and the Predator Triton 900 takes heed with an extensive array of I/O ports allowing it to hook up to three external displays.

The Predator Triton 900’s trackpad is placed beside the keyboard, giving users natural hand placement for gaming using both the keyboard and trackpad. To complete the package, Predator Triton 900 comes with per-key RGB mechanical keyboard with dedicated hotkeys, TURBO key and PredatorSense™ key enabling users to access the utility app with just one click. Additionally, PredatorSense™ for mobile allows gamers to monitor or overclock this Predator gaming beast from their phone while in-game without the need to pause!

Having proven itself in numerous eSport tournaments in Malaysia, the Predator Helios is back with a redesigned, sleek modern look in hues of black and blue! The Predator Helios 300 (2019) does not only pack a new look but also the latest 9th Gen Intel® Core™ i7 with NVIDIA® GeForce® RTX 2060 in a thinner form factor measuring 22.9mm, shaving 3.8mm off the 2018 model. Furthermore, its 15.6-inch 144Hz Full HD IPS display has slimmer bezels, and the revolutionary keyboard includes the Iconic Predator Typeface, 4-zone RGB, enlarged space key and see-through keycaps for WASD, arrow keys, TURBO and PredatorSense™. The Predator Helios 300 is equipped with 4th Gen AeroBlade™ 3D Fan Technology that helps regulate temperature to keep the device performing steadily in the most intense moments with 45% greater airflow compared to normal fans while producing up to 35% less noise.

Available immediately at Acer official online stores and all Acer authorized resellers nationwide, the Predator Helios 300 with Intel® Core™ i7 processor is priced at RM6,199 while the Intel® Core™ i5 variant is at RM5,399.

Acer Nitro Series is built with casual gamers in mind who use the laptop for entertainment and playing video games for fun. The new Nitro 7 is made for those who seek the best in both design and performance. It has a brand-new sleek metal chassis measuring just 19.9 mm. Meanwhile the updated Nitro 5 laptop allows the gamer to enjoy their favorite games in exceptional detail with either a 15.6-inch or 17.3-inch Full HD IPS display with narrow bezel design. Equipped with up to 144Hz displays for an even smoother and thrilling gameplay, these new Nitro laptops also further maximize fun with its processing performance. With the combined power of up to the latest 9th Gen Intel® Core™ i7 and up to NVIDIA® GeForce® GTX1660Ti, both Nitro 7 and Nitro 5 come with two M.2 PCIe SSD slots and two DDR4 RAM slots that can take up to 32GB to make loading quicker. Both the Nitro 7 and Nitro 5 feature dual fans with Acer CoolBoost™ technology to keep the device cool even during extended gaming sessions.

The prominent side window showcases the impressive interior with a design that keeps electromagnetic interference (EMI) levels in check despite the size of the opening. Acer’s IceTunnel 2.0 expels heat through an advanced airflow management solution that separates the system into several thermal zones, each with its own individual airflow tunnel. 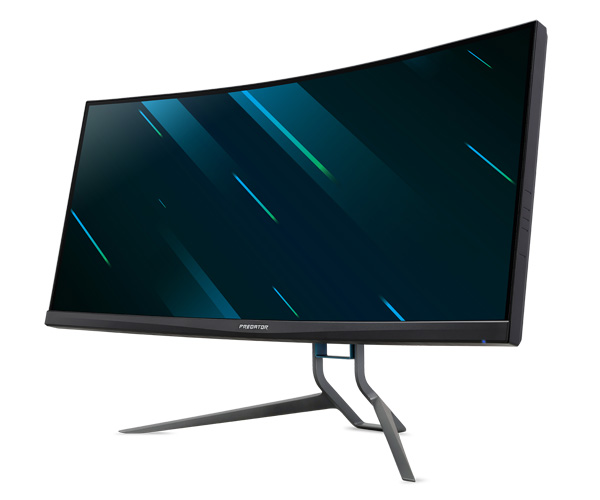 Thanks to Quantum Dot Technology and a 10-bit display, the Predator X35 delivers 1.07 billion colors in a 90% DCI-P3 standard. The monitor has 512 zones direct LED with up to 1000 nits peak brightness to show deeper and darker blacks with the details typically hidden in the shadows brought to life.

Gaming without RGB lighting is not a complete experience. RGB is more than just lighting! Thanks to the RGB Light Sense app, RGB lights at the back of the Predator X35 now is part of the gaming experience. Basic Sync allows users to choose from bold colours and nine default effects while Music Sync detects rhythm and volume of the music, movie or game and alters the lighting and effect accordingly.

The Predator X35 is available mid of July 2019 at Acer official online stores and all Acer authorized resellers nationwide, at RM9,399. 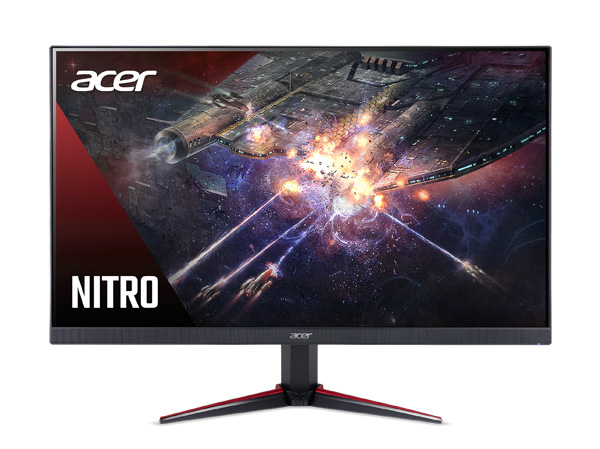 The new Acer Nitro monitor features Acer Display Widgets that enable gamers to modify monitor settings without having to fiddle with buttons. And the monitors are equipped with AcerVisualCare™ to help reduce eye strain and provide a more comfortable viewing experience. With a 27-inch FHD IPS display, the Acer Nitro VG270 P monitor comes with 400 nits brightness and is HDR 10 to offer more details in dark scenes. It is priced at RM899. 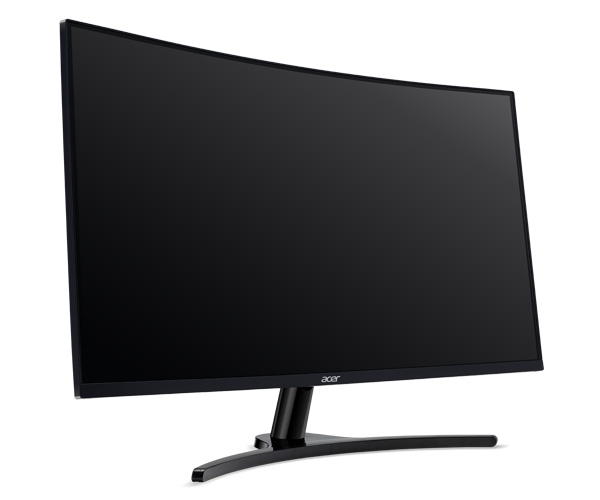 Thanks to AcerVisionCare™ technology, the monitor provides a more comfortable viewing experience by minimizing eye strain for users even with prolonged usage, making it perfect for programmers, writers and designers. Priced at RM939, Acer ED322QR P is available immediately at Acer official online stores and all Acer authorized resellers nationwide.