Acer today announced its new Swift 5 notebook designed for users who want superb portability, solid performance, and a touch of style. With a 15-inch display, the elegant chassis weighs less than 1 kg (2.2 lbs), ideal for people always on the go. The Swift 5 is powered by Windows 10, the latest Intel® Core™ processors and features exceptional performance and battery life that lasts through the workday.

“There’s been great feedback on Acer’s amazingly light 14-inch Swift 5, and we are now pushing the limits with the 15.6-inch model,” said Jerry Hou, General Manager, Consumer Notebooks, IT Products Business, Acer Inc. “We’ve kept the weight under the 1 kg mark by using ultra-narrow bezels and a marginally larger chassis.” The Swift 5 is constructed with advanced materials including ultra-light magnesium-lithium alloys for the top and bottom cover, and magnesium-aluminum alloys for extra sturdiness on the palm rest area. Thanks to the LED backlit keyboard, users can work effectively on the go all day and even at night.

Powered by the latest Intel® processors, the Acer Swift 5 offers an exceptionally fast and responsive experience with battery life that lasts through the workday. The Swift 5 features Intel® Wireless-AC 9560 which offers 2×2 802.11ac wireless Gigabit performance that enhances streaming, sharing, conferencing, and gaming experiences.

Up to 1 TB of SSD storage and up to 16 GB of DDR4 memory keeps the system fast and responsive, while connectivity is provided through one USB 3.1 Type-C Gen 2 port (10 Gbit/s data transfer, supporting power delivery and display output), two USB 3.1 Type-A ports (one with power-off charging functionality), an HDMI port, and an SD card reader. The Swift 5 supports Windows Hello through a fingerprint reader, allowing users to log in to their accounts faster and more securely.

Acer introduced two new premium Chromebooks designed for business use – the Acer Chromebook Spin 13 and the Acer Chromebook 13. Both models feature a stylish and durable all-aluminum design and a full HD+ 13.5-inch display in a 3:2 aspect ratio. The new Acer Chromebooks are powered by 8th Gen Intel® Core™ processors providing exceptional performance and battery life for productivity on the go. The convertible Chromebook Spin 13 (CP713-1WN) has 360-degree hinges for use as a tablet, notebook, display, or in tent-mode. It comes with a Wacom® stylus (for pen input) that can be conveniently stored in the device slot. The Acer Chromebook 13 (CB713-1W) opts for the traditional notebook design for keyboard-heavy tasks.

“The new premium profiles of the Acer Chromebooks are a reflection of the superior performance they provide, as well as of the vast capabilities of Chrome OS,” said James Lin, General Manager, Commercial & Detachable Notebooks, IT Products Business at Acer. “As a leader in Chromebooks, Acer has helped accelerate their adoption in business, education, and at home. As Chrome OS has evolved to include more features, we’ve responded with designs and form factors that offer meaningful benefits to our customers.” In addition, Acer is launching a new Chromebook 15 (CB315-1H/1HT) line that pairs a large 15-inch display and long 14-hour battery life at a budget-friendly price.

“Acer has led the Chromebook market with a wide range of form factors, sizes and designs to meet the needs of our customers, and we’re expanding our line with new exciting 15-inch models today,” said James Lin, General Manager, Commercial & Detachable Notebooks, IT Products Business at Acer. “Acer’s new Chromebooks with large 15-inch Full HD displays are ideal for collaborating on projects for work and school, enjoying streaming media and running the latest apps. Plus, the Acer Chromebook Spin 15 is the company’s first to combine a large 15.6-inch display with a convertible design, so customers can use the device in different modes.”

Both the new Acer Chromebook Spin 15 (CP315-1H) and Chromebook 15 (CB315-1H/1HT) fully support Android apps via Google Play, joining the performance, security and simplicity of Chrome with the more than two million Android apps that consumers know and love. 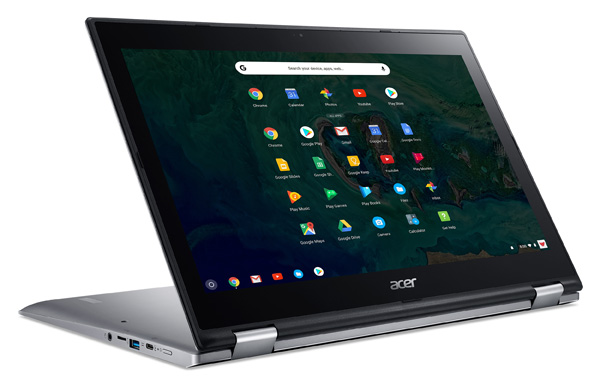 A Gaming Beast in the new Predator Helios 500 Notebook 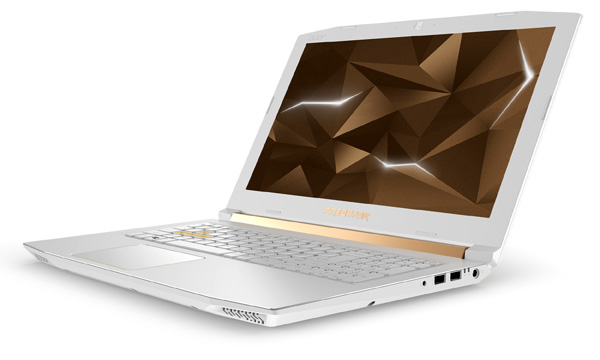 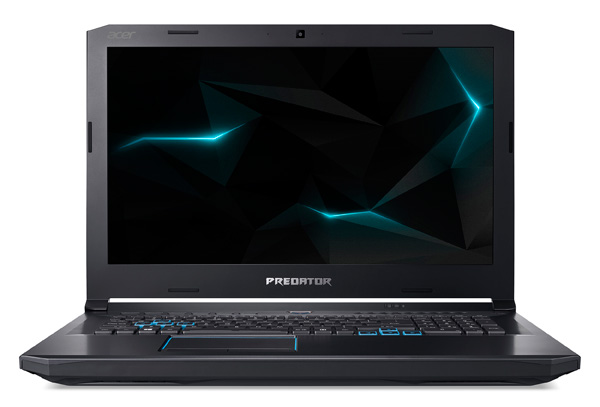 “The 8th Gen Intel Core i9+ processor for gaming and creation laptops is the highest performance Intel has ever delivered for this class of devices; purpose built for enthusiasts who demand premium gaming experiences whether at home or on the go,” said Steve Long, Vice President and General Manager, Client Computing Group Sales and Marketing, Intel. “Intel and Acer’s long relationship has produced amazing products over the years, and the new Acer Predator Helios gaming notebooks are powerful examples of what’s possible with this unprecedented level of performance.” “Getting the specs right is just half the fight. Predator Orion desktops provide a well-rounded choice for gamers with a striking chassis, built-in airflow management, expandability, and award-winning software that brings everything together,” said Jeff Lee, General Manager, Stationary Computing, IT Products Business, Acer. “We’re excited to add the new 5000 and 3000 series to the Predator Orion family, and together with the top-of-the-line Predator Orion 9000, Acer is providing a full lineup of gaming desktops that cater to a wide range of needs.”

Acer created the Nitro 50 Series for those seeking the processing power and capabilities only a desktop PC can offer. These performance PCs are powered by up to 8th Gen Intel® Core™ i7 processors, and equipped with up to NVIDIA® GeForce® GTX 1070 GPUs to deliver superior performance for graphic-intensive tasks including gaming. 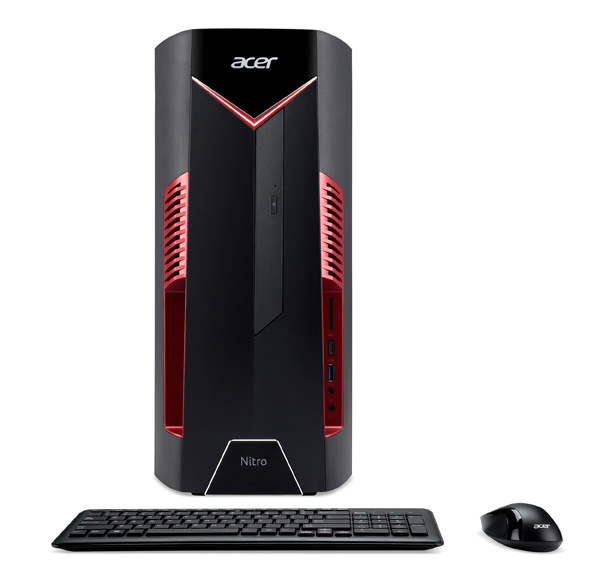 They deliver stunning 4K resolution visuals and can support up to four displays simultaneously for immersive gameplay. With up to a 3TB HDD and a 512GB SSD, there’s no shortage of storage. They sport a handy wireless charging deck for keeping users’ Qi-enabled wireless devices powered up and ready to go. To top it off, the Nitro 50 series features striking and edgy armour-inspired housing with front-facing LED lighting that emits a sinister red glow.

Lastly, the Nitro 50 desktops optimize network speed for gaming, browsing, and streaming through Realtek Dragon LAN. For totally immersive entertainment or to transform the gaming experience into an eye-popping stereoscopic experience, just match the Nitro 50 desktop with an Acer Nitro VG0 or RG0 monitor.

These new IPS monitors with AMD Radeon™ FreeSync1 satisfy gamers’ need for speed with a blazing fast response time of up to 1ms Visual Response Boost (VRB) for smooth gameplay without breaking the bank. The Acer Nitro VG0 series is available with 27-, 23.8- and 21.5-inch panels delivering true-to-life color, and resolutions of 4K UHD, WQHD or Full HD. The ultra-thin Acer Nitro RG0 series boasts a sleek .27-inch thin profile and is offered in 27- and 23.8-inch models. Both models feature sophisticated but functional design that have earned them 2018 Red Dot Design Awards. The IPS panels provide accurate views even at wide angles of up to 178 degrees horizontally and vertically. For optimum viewing angles, the monitors can tilt from –5 to 20 degrees [–5 to 15 degrees for RG0 series]. Meeting 72 percent of the NTSC standard and delivering a 250 cd/m2 brightness, Acer Nitro monitors produce vibrant colors and images. Two 2W stereo speakers4 deliver quality audio and HDMI, VGA and DisplayPort ports4 connect to a wide array of PCs to support powerful sound effects.

Integrated Acer Game Mode has eight pre-set display modes to optimize visuals depending on the type of content being displayed. Display modes include Action, Racing, Sport, User, Standard, ECO, Graphic and Movie. Settings are easily accessed through a hotkey or the On Screen Display (OSD) settings menu. 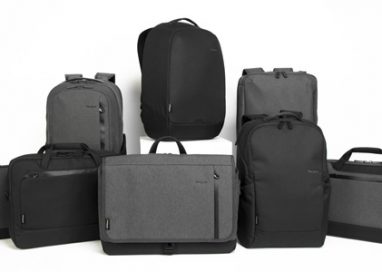 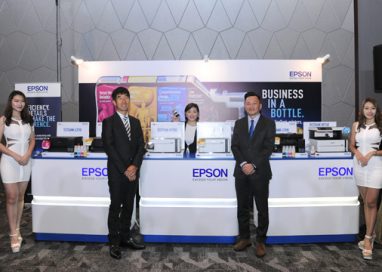 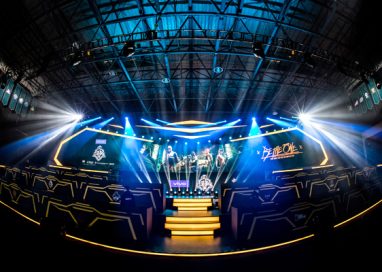