Football Malaysia on iflix is the Home of Malaysian Football

iflix, the world’s leading entertainment service for emerging markets and Football Malaysia LLP, operator and regulator of Malaysia’s professional football league and competitions, are thrilled to announce their game-changing exclusive joint venture, in the most significant collaboration in Malaysian sports history. The unprecedented landmark partnership between Football Malaysia LLP and iflix aims to bring premier Malaysian Football back to its millions of fans throughout the country.

For the first time since the league was founded, football fans everywhere in Malaysia and beyond will be able to live stream every Liga Super, Piala Malaysia, and marquee Piala FA matches exclusively on the all new ‘Football Malaysia on iflix’ channel.

From February 3rd, football fans around the region will have virtual front row seats to the entire professional football season, including 22 rounds with six matches weekly for Liga Super, 74 Piala FA and Piala Malaysia tournament matches as well as select Liga Premier matches and the Piala Sumbangsih match. In addition to live streamed matches, users will also be able to access new features including match highlights and player interviews. 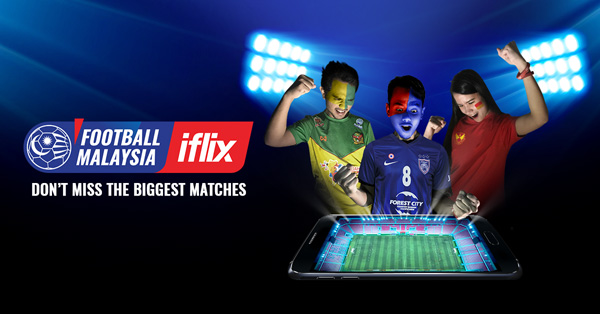 As a part of the companies’ joint mission to bring football back to the people, anyone with access to the internet will be able to live stream four Liga Super matches every week along with 46 tournament matches and select Liga Premier matches for free, regardless of their subscription status. New users and those with an active iflix subscription will further be able to live stream, catch up and enjoy all matches and features.

Football is widely recognised as Malaysia’s most popular sport. With only seven million total households with televisions, only a small percentage of the population was able to enjoy the competition without physically attending matches. Football has been largely inaccessible to the majority of Malaysians.

This first-of its-kind joint venture between Football Malaysia LLP and iflix represents the future of sporting entertainment, putting fans first, bringing Malaysian football back to the people. Now, all 20 million smartphone owners and their friends and families in Malaysia, will have unlimited live access to premier Malaysian football for the first time ever.

Football Association of Malaysia President and Football Malaysia LLP Chairman, the Crown Prince of Johor, Tunku Ismail ibni Sultan Ibrahim commented: “I am a firm believer and supporter of unity and moderation in our diverse nation. Football is the people’s game. It brings us together and can help to unite us. Malaysians everywhere should be able to enjoy it without restriction. With iflix, we have found likeminded partners and a key common goal; to return football to the people and restore its former glory.” 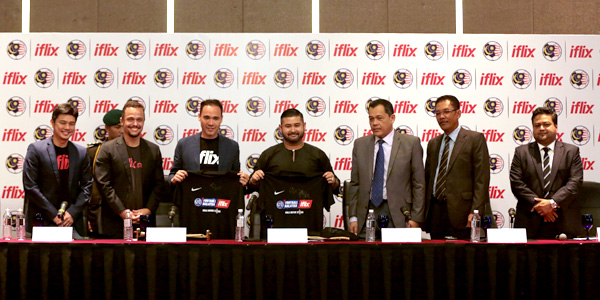 iflix Group Co-founder and Chairman, Patrick Grove said: “Over the last twenty years, I have founded several businesses here with the ambition of making the things Malaysians most want, more accessible and easier to find, from homes and cars, to news, culture and entertainment, and now Malaysians’ greatest love, football. This country has given me so much both on a personal and professional level. It’s our turn to give back.”

“This collaboration with Football Malaysia, represents exactly what we created iflix to achieve. Together, we will democratise the game, making football available for the first time to fans, regardless of geographic location and financial status. We are thrilled to write sports history, and both give fans a virtual front row seat to the nation’s top sporting event as well as help build the future of the football giving access to millions of potential fans that previously would not have been able to enjoy the game. For the first time ever, all premier Malaysian football matches will be available live on a single platform,” continued Grove.

iflix and Football Malaysia will additionally create exciting new competitions and content expressly for football fans, including a series of entertainment and lifestyle original productions about and around the world of football for both broader audiences and hard-core fans alike.

Now available to over one billion consumers across 25 territories throughout Asia, the Middle East and Africa, iflix has established itself as the clear market leader in video streaming. Offering consumers, a vast library of top Hollywood, Asian and Middle Eastern regional, and local TV shows and movies, including many first run exclusives and award-winning programs, each subscription allows users to access the service on up to five devices, including phones, laptops, tablets, and television sets, for viewing wherever, whenever. 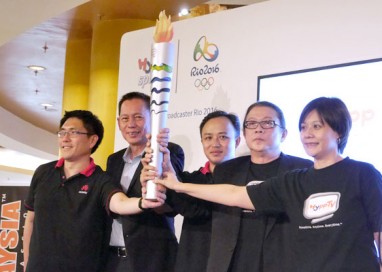 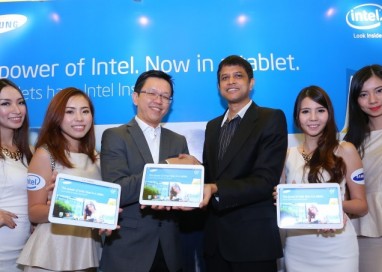