Daihatsu Motor Co., Ltd. (hereinafter “Daihatsu”) has commenced activities aimed at contributing to the development of badminton in Japan, Indonesia and Malaysia in FY2017. Based on the Group Slogan to “Light You Up,” these are part of the company’s KOTODUKURI activities, which focus on broadening interaction with customers and local communities. Today, Daihatsu announces its sponsorship on two Badminton World Federation (BWF) major tournaments, which is expected to attract the presence of world leading players; the DAIHATSU Indonesia Master 2018, and the PERODUA Malaysia Masters 2018 presented by Daihatsu. The company has also sponsored the DAIHATSU YONEX JAPAN OPEN 2017 from September 19 to 24, where the best top ranked players demonstrated world class badminton.

In addition to its activities in Japan, Daihatsu is also engaged in overseas operation, primarily in Indonesia and Malaysia. Through the development of its low-cost, fuel-efficient Japanese mini vehicles, the company has developed technologies that enable it to create high-quality cars at affordable prices. By understanding the needs of each country and providing the most optimal products for each market, Daihatsu has managed to gain the loyalty of its overseas customers. 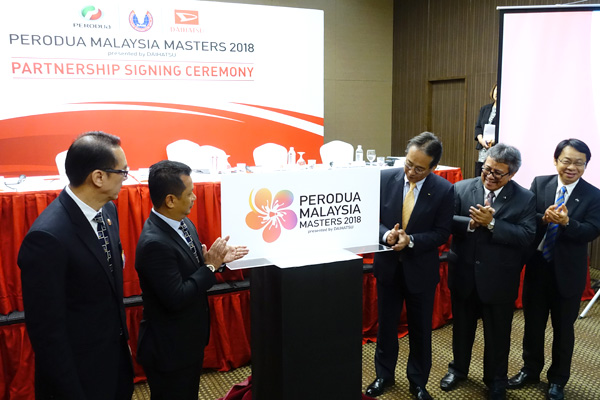 Badminton is an extremely popular sport in Asian countries such as China, Malaysia, Indonesia and Singapore. It is in fact, to a certain extend considered as the national sport in Indonesia and Malaysia, the two countries where Daihatsu has a close affinity with the local communities. Daihatsu has chosen to support badminton in these countries in order to contribute to the countries and local communities in ways other than MONODUKURI.

Moving forward, Daihatsu intends to support the Japanese National Badminton and Para-Badminton Teams and, at the same time, actively promote the development of the next generation of players through its sponsorship of the All Japan Elementary School ABC Tournament and local events. Daihatsu will continue to deepen its interactions with customers and local communities through the sport, and thereby bring new optimism to their lives.