Malaysians to do Bigger Things with Samsung’s Galaxy Note8!

The next level Note has arrived! Excitement filled the atmosphere at Pavilion Kuala Lumpur as fans gathered to witness the official launch of Samsung’s most advanced device of the year, the Samsung Galaxy Note8. Dubbed as the ultimate productivity tool that drives achievers to do bigger things in work and life, the Galaxy Note8 is a combination of powerful features and ground-breaking innovations.

“People are consistently striving to do bigger and better things; and their relentless passion and spirit to achieve more has inspired us to design the new Note to ultimately help people reach their goals and potentials. The new Galaxy Note8 features a refined design, an enhanced S Pen, a best-in-class dual camera, and innovative entertainment and productivity capabilities to help people do bigger things. It is more than just a smartphone — it is a device that works the way we live, and empowers us to make things happen,” said Mr KM Liew, Head of IT & Mobile Business, Samsung Malaysia Electronics. While the innovative features and the sleek design of the Galaxy Note8 stole the hearts and minds of tech enthusiasts, it was the special appearance of Korea’s Running Man ace, Song Ji-Hyo that captured the attention of invited guests and sent the crowd into a rapturous cheer. Addressing the crowd at the launch event, the Korean gameshow star was on a mission to show Malaysian fans a new form of communication using the Galaxy Note8’s newest S Pen feature, Live Message.

“I’ve always been a huge fan of the Galaxy Note series so as soon as I heard Samsung was launching the Galaxy Note8 in Malaysia, I immediately got on board. This was the perfect opportunity for me to engage with my Malaysian fans and show them what I’ve been practising back home! Communication today has evolved tremendously compared to when we had limited options. With today’s technology, we can express ourselves in ways we never could before; and this makes communicating so fun and exciting! Check out all my fun giftographs I designed with the Note8’s S Pen!” exclaimed Song Ji-Hyo at the Galaxy Note8 launch event. 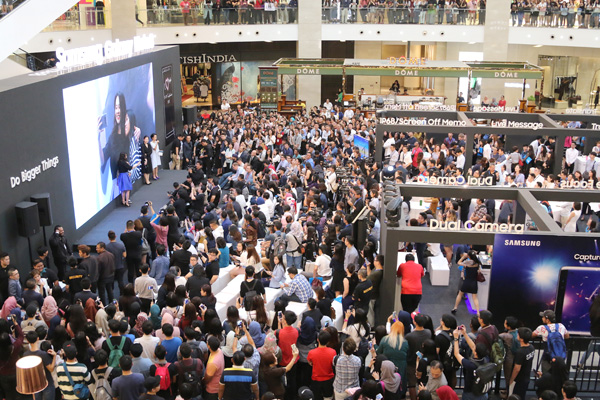 With the Galaxy Note8, Samsung continues to showcase its heritage in both hardware and software innovation. Built on the Galaxy foundation users have come to know and love, the phone offers an optimal user experience with a large form factor that easily fits in one hand, innovative display design and technologies, and a line-up of thoughtfully designed accessories.

Enjoy and Do More on the Infinity Display

The Galaxy Note8 has the biggest screen ever on a Note device, yet its narrow body makes it comfortable to hold in one hand. The 6.3-inch Quad HD+ Super AMOLED Infinity Display lets you see more and scroll less. The Galaxy Note8 gives you more room to watch, read and draw—making it the ultimate multitasking smartphone.

Note users have long been able to do more with Multi Window. With the Galaxy Note8, the new App Pair feature lets you create a custom pair of apps on the Edge Panel and simultaneously launch two apps with ease. Watch a video while messaging your friends or dial into a conference call with the number and agenda in front of you.

A New Way to Communicate with the S Pen

Since its introduction, the S Pen has been one of the Note’s defining features. With the Galaxy Note8, the enhanced S Pen unlocks entirely new ways to write, draw, and interact with the phone and communicate with friends. It has a finer tip, improved pressure sensitivity, and features that enable users to express themselves in ways that no other stylus or smartphone ever has.

When communicating with text just isn’t enough, Live Message allows you to reveal your unique personality and tell expressive stories. With the Galaxy Note8, you can now share animated texts or drawings across platforms that support animated GIFs. It’s a whole new way to communicate with the S Pen—adding lively and emotional connections that bring your messages to life. For overseas travels or when you come across a website in a foreign language, the improved S Pen Translate feature lets you hover over text to quickly translate not only individual words, but entire sentences in up to 71 languages, and instantly convert units and foreign currencies.

For most consumers, one of the things they look for when purchasing a new device is the camera. Samsung set the standard for smartphone cameras and with the Galaxy Note8; we are delivering our most powerful smartphone camera yet.

The Galaxy Note8 is the first smartphone with two 12MP rear cameras with Dual Optical Image Stabilisation (OIS) on both the wide-angle and telephoto lenses. Whether you are exploring a new city or running around your backyard, OIS lets you capture sharper images. For more advanced photo-taking, the Galaxy Note8’s Live Focus feature lets you control the depth of field by allowing you to adjust the bokeh effect in preview mode and after you take the photo. In Dual Capture mode, both rear cameras take two pictures simultaneously and allow you to save both images; one close-up shot from the telephoto lens and one wide-angle shot that shows the entire background.

The wide-angle lens has a Dual Pixel sensor with rapid Auto Focus, so you can capture sharper, clearer shots even in low-light environments. The Galaxy Note8 is also equipped with an industry-leading 8MP Smart Auto Focus front-facing camera for sharp selfies and video chats.

Galaxy of Features and Services

The Galaxy Note8 is built on the Galaxy legacy—a collection of unique features and capabilities that, together, have redefined the mobile experience: 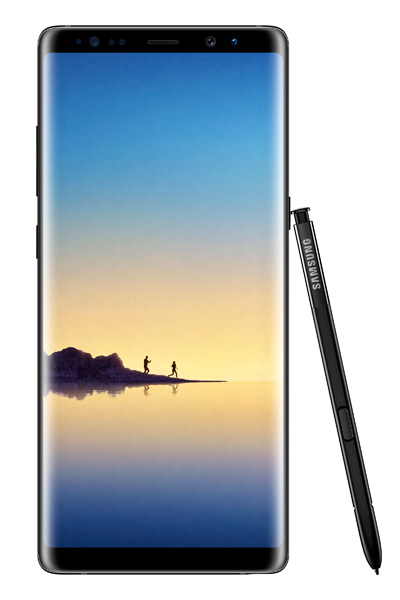 Beyond the essential features and typical phone experiences, the Galaxy Note8 elevates the experience for premiere mobile connectivity and entertainment with the new Gear VR with Controller (RRP: RM499). Enabling convenient one-handed control and navigation, the controller provides better motion interaction when accessing interactive VR content. With improved lenses, ergonomics, and expanded compatibility, the new and improved Gear VR headset challenges the very concept of virtual reality, redefining the limits of what it is capable of.

Users can leave their physical wallet behind with Samsung Pay, turning their Galaxy Note8 into a digital wallet they can use almost anywhere they would use a credit or debit card. With more than 870 worldwide banking partnerships, Samsung Pay has processed more than 240 million transactions to date. Samsung Pay has also added a growing number of loyalty, membership and gift cards, and it continues to add innovative new features like Deals, which shows coupons and discounts at nearby stores that users can redeem instantly. “We want to build on the success of Samsung Pay by giving new users even more reasons to try it out – not to mention, thank our existing customers for using a service they already love. That is why we are excited to offer Samsung Pay users a first-of-its-kind rewards programme for a mobile payments platform: Samsung Rewards,” said Mr KM Liew, Head of IT & Mobile Business, Samsung Malaysia Electronics.

Samsung Rewards works just like a points-based credit card rewards program. Every time you make a purchase with Samsung Pay, you earn rewards points. Samsung Rewards also has loyalty tiers with point multipliers – you can earn double, triple, or even quadruple points, depending on how often you use the service each month. In conjunction with the Galaxy Note8 launch in Malaysia, Samsung Malaysia Electronics is rewarding Galaxy Note8 users with 450 welcome points!

For more information on the product and promotions, please visit www.samsung.com/my/smartphones/galaxy-note8.

Malaysians to do Bigger Things with Samsung’s Galaxy Note8!

Previous: Make a date with Hatsune Miku on 16 DeC!
Next: Digi spends special day appreciating customers and demonstrating the Freedom To Internet 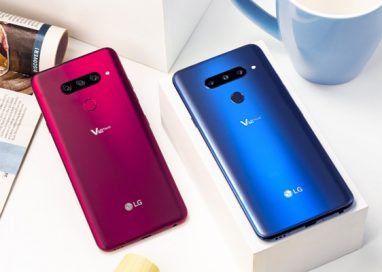 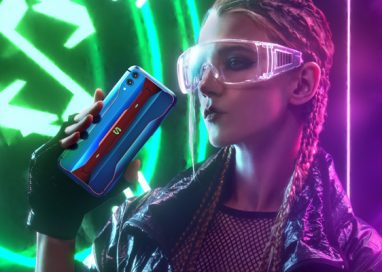 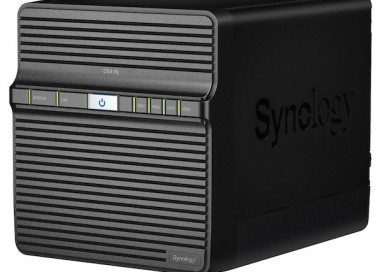 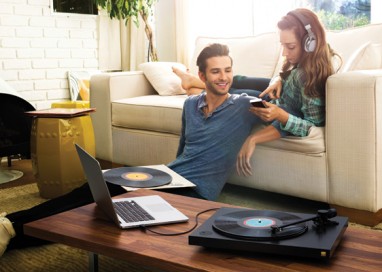 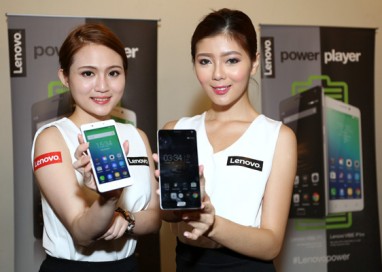