Introduced in the variants of the All-New MINI Cooper Countryman and MINI Cooper S Countryman, the new premium SAV vehicles from MINI are now the largest and most versatile models in MINI’s 57-year history and have been developed to reflect considerable advancements in the areas of space, functionality, athletic flair and premium characteristics. 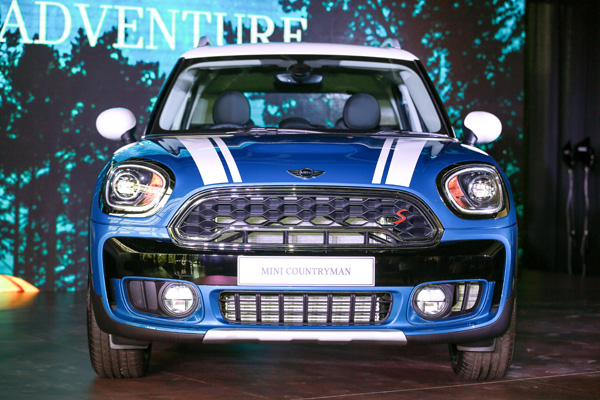 Introducing the All-New MINI Countryman, Mr. Han Sang Yun, Managing Director and CEO, BMW Group Malaysia said, “MINI has been growing steadily in the Malaysian premium segment. Last year alone, the brand contributed over 900 vehicles to our performance here as well as recorded over a 19% growth in comparison to its performance in 2015. In the first quarter of 2017, MINI is already tracking as the third largest brand in the Malaysian premium segment and we hope to maintain this competitiveness in the industry with the All-New MINI Countryman.”

Sharing Mr. Han’s sentiments, Mr. Kidd Yam, Head of MINI Malaysia said, “In the long and illustrious history of MINI, the MINI Countryman has already successfully broken stereotypical convention of vehicles in the premium compact segment, pushing the understanding that the ideas of creativity and premium can coexist harmoniously in a highly segmentised automotive industry. 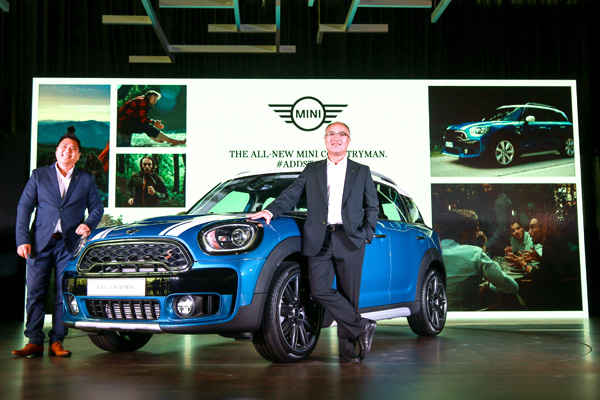 Kidd Yam added that with over 1500 units already delivered in Malaysia since 2011 with the previous generation MINI Countryman, the success story of the MINI Countryman has already been proven and the new model, which is the perfect companion for everyday usability can only write more successful stories for the brand moving forward.

The All-New MINI Countryman features design elements that are typical of the brand, including the iconic three-way structure of the side view made up of its roof, glass house section and main body as well as short overhands, large wheel arches and downward increase in width. The precise contours on the generous surfaces of the All-New MINI Countryman, meanwhile, create an attractive play of light and shade that underscores the car’s athletic shaping and the vertical orientation of the body. Its unmistakable aura is also defined by an extended ground clearance and raised seating position, further emphasised by the MINI ALL4 Bodykit. The differentiated rear and front fenders with Piano Black bumper elements and the implied silver coloured sump guard further underlines the adventurous character of the All-New MINI Countryman.

Adding to the car’s off-road character are versatile Roof Rails that can accommodate extra cargo such as a roof rack, a roof box or a bicycle rack. Its satin-finished aluminium combined with silver-coloured side sill tops create greater visual emphasis to the car’s height. Additionally, the All-New MINI Countryman – for the first time ever – is equipped with auto LED Headlamps with Cornering Lights, a perfect addition that allows adventurers to venture the great outdoors at night. The new Cornering Lights projects light to the direction of the steering direction while the new Icon Lights which remains activated in dimmed form creates a signature element for the MINI even when the headlights are switched on.

The engine of the All-New MINI Countryman is tuned to deliver a high degree of smile-inducing agility and punchy acceleration for which MINI is known for.  For the first time ever, the all-new MINI Countryman is powered by the latest generation of the BMW Group’s 3- and 4-cylinder TwinPower Turbo engines that make the MINI faster, feistier and more fuel efficient than its predecessor. 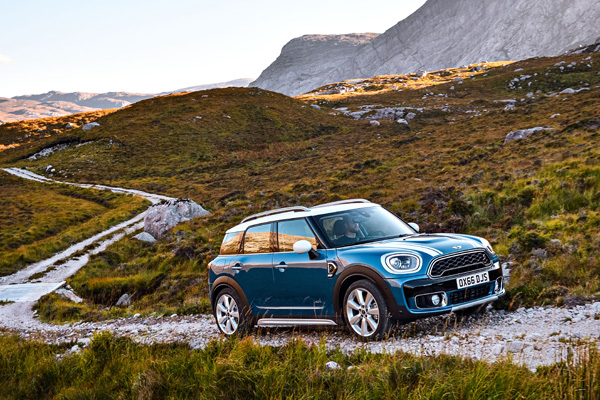 The All-New MINI Cooper Countryman is now powered by a 1.5-litre 3-cylinder inline engine combined with a 6-speed automatic Steptronic transmission. This enables the car to deliver an output of 136 hp and a maximum torque of 220 Nm. It sprints from zero to 100km/h in 9.6 seconds with a top speed of 200 km/h and has a reduction in fuel consumption which amounts to as much as 6.0 litres per 100 kilometres.

The All-New MINI Cooper S Countryman, meanwhile, houses a 2-litre 4-cylinder engine, which mobilises a peak output of 192 hp and a maximum torque of 280 Nm. It is able to accelerate from zero to 100km/h in just 7.4 seconds, reaching a top speed of 224 km/h. These figures are combined with an average fuel consumption of 6.5 litres per 100 kilometres. A rarity in its class, the MINI Cooper S Countryman has an eight-speed transmission that enables impeccably fluid gear changes, while the Steptronic function allows the driver to choose between the ease of automatic shifting and the visceral thrill of the manual driving experience.

The MINI Driving Modes are activated by a rotary switch at the base of the gear or selector lever. The set-up of the All-New MINI Countryman can be selected according to one of the three modes: MID, SPORT and GREEN. Jump into the GREEN mode for leisure cruising and optimized fuel efficiency or choose the SPORT mode for a more responsive acceleration and handling. To experience the best of both worlds, choose the MID mode.

The All-New MINI Countryman has a high-quality suspension that combines the tried-and-tested principle of a single-joint spring strut axle at the front and a multi-link rear axle with a design that is optimised for weight and rigidity. In addition to this and the electromechanical steering with Servotronic function are powerful brakes and Dynamic Stability Control (DSC) which adjusts the vehicle’s output power to the wheels. This helps eliminate over-steering or under-steering as well as keeping the car on track. Further protection to unlikely events are achieved with the ultra rigid multiphase steel frame for the All-New MINI Countryman as well as the break-away engine mounts which will help avoid further danger for drivers and passengers. Additionally, the Hill Hold Control which ensures that the MINI will not roll backwards when parked on a hill or driving in stop-and-go traffic as well as airbags, two each at the front, sides and at the ceiling of the All-New MINI Countryman ensure better peace of mind for both the driver and passengers.

The prominent results of the All-New MINI Countryman advancing into the Premium Segment is portrayed significantly in the increased space on five fully-fledged seats as well as a definite increase in storage volume and luggage transport versatility. Coupled with some of the most high-end materials and surface finishes ever put into a MINI and highly-functional features, the All-New MINI Countryman is as premium as it is practical while giving an edge for any outdoor adventure. The MINI Cooper S Countryman, meanwhile, offers MINI Yours Piano Black Illuminated interior surfacing that lights up the cockpit in any preferred choice of colour with Leather Cross Punch in Carbon Black upholstery as well as a John Cooper Works leather steering wheel with paddle shifters. In addition to the high-quality materials and precise finishings, the modern ergonomically optimised controls also contribute to the car’s exclusive ambience while the profile of the air vents in the All-New MINI Countryman echoes the vertical orientation of the exterior design elements.

Extensive storage facilities inside the new MINI vehicles includes both front and rear door pockets that hold one-litre beverage bottles and the fully-fledged centre console extending up to the instrument panel now also has an integrated storage compartment with two cup holders in front of the gear or selector lever. Both the All-New MINI Countryman variants are also fitted with a dual-zone automatic air conditioning and an interior rear view mirror with automatic anti-dazzle function.

The All-New MINI Cooper S Countryman exclusively offers electric seat adjustment feature with memory function that allows the driver to keep record of his or her preferred seating position. The seats also include lumbar support for maximum comfort as well as ergonomic posturing.

A new feature that is unique to the All-New MINI Countryman and is offered as standard on both the Cooper and Cooper S variant is the Automatic Tailgate with easy opener function. The feature offers a foot-activated sensor to open and close the tailgate without having to press any button, thus providing absolute convenience when one’s hands are full. Specifically in the Cooper S variant of the MINI Countryman, the Automatic Tailgate offering works in unison with Comfort Access which enables the opening and locking of the doors of the MINI by a touch at the doors.

For the first time, the All-New MINI Countryman also offers a Picnic Bench that folds out of the boot to provide a comfortable seat on the luggage compartment lid. The Picnic Bench in the new MINI Countryman is one of the very few offerings in premium vehicles that offers two extra seats outside of the car, a feature that comes in handy for general outdoor use. In the areas of infotainment, communication and driving experience, the All-New MINI Countryman is further enhanced with MINI Connected which offers an extensive range of in-car smartphones integration on a 6.5” high-resolution screen. With Spotify for example, the driver and passengers can be entertained with over 20 million songs. This apps among many others, can be downloaded from the App Store and be viewed on the MINI display and accessed easily via the car’s controls. Both variant of the All-New MINI Countryman also offer Rear View Camera as a standard offering.

In terms of offering for storage, the All-New MINI Countryman is equipped with larger storage facilities to reflect its optimised functionality and versatility. When all five seats are in use, the luggage compartment has a volume of 450 litres. With 40:20:40 rear seat split, it allows the load volume to be increased up to 1,390 litres. The All-New MINI Cooper Countryman and MINI Cooper S Countryman will be available for test drive for the public over the weekend of Saturday, 15th April and Sunday, 16th April at The International Gallery at Alya Kuala Lumpur – adjacent to TPC Kuala Lumpur (formerly KLGCC). The new models from MINI will also be available at all authorised MINI dealerships across the country during the same weekend.

The All-New MINI Countryman arrives with the MINI 4 Years Unlimited Mileage Warranty with Free Scheduled Service as well. The estimated retail prices (on the road for personal registration, without insurance) are: 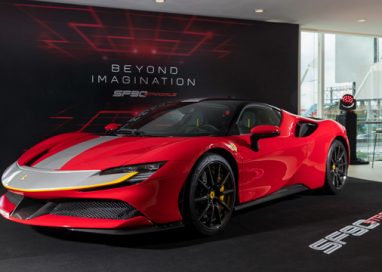 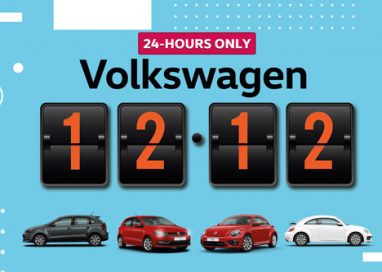 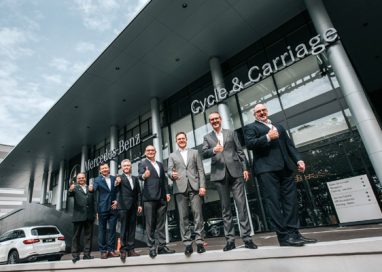 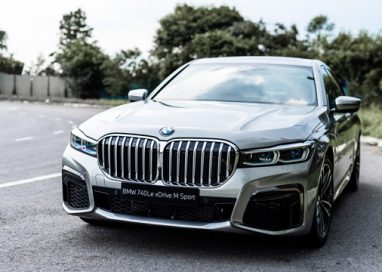 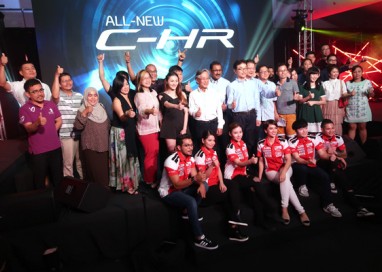