“We are very grateful to the Malaysian public and particularly our customers for their strong support of us,” Perodua President & CEO Datuk (Dr) Aminar Rashid Salleh said at the launch. 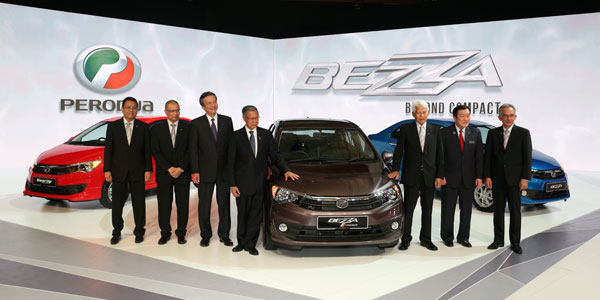 “We will ensure timely delivery of the Perodua Bezza to our valued customers. So far we have 7,000 units of the energy efficient sedan in stock and delivery will begin tomorrow,” Aminar said. “Our aim is for our customers’ experience with us to be one of simplicity and delight; in line with our aim of placing people first in whatever we do.”

The Perodua Bezza is available at all 181 sales outlets throughout the country and consumers are advised to speak with its authorised sales advisors nationwide.

The “A” segment compact sedan is the first Perodua vehicle which upper body was fully designed by Malaysians which began in 2014 with the support of our partner Daihatsu of Japan. “The Bezza took RM300 million to develop and has 95% local content,” Aminar said.

The Perodua Bezza is produced at its’ EEV-certified plant, the Perodua Global Manufacturing Sdn Bhd, which is a highly modern facility with over 75% automation rate (the same plant which produces the Perodua Axia). “The sedan name takes inspiration from the word ‘Beza’ in Bahasa Malaysia, which means ‘different’. And that is exactly what Perodua’s first energy efficient sedan is – distinctly different,” Aminar said. It breaks all conventions when it comes to what you expect from a compact sedan. The double ‘Z’ in the name, which somewhat resembles the number ‘22’, also subtly alludes to the fact that Perodua has been in the market for 22 years. The ‘Beyond Compact’ tagline also communicates that the Perodua Bezza goes beyond drivers’ expectations of what a Malaysian sedan offers. The advanced technology, amazing usability and affordability, built upon Perodua’s trademark of quality, reliability, value and care.

The Perodua Bezza 1.3L Advance variant comes equipped with a Vehicle Stability Control (VSC) which is a safety function that detect and reduce skidding hence allows the driver to maintain stability while driving. This variant also comes with Traction Control (TRC) and Brake Assist (BA) which allows the driver to maintain traction on a slippery road. It also has the Hill Start Assist (HSA) that prevents the car from rolling back on slopes when the brakes is released, giving the driver time to switch to the accelerator pedal.

In addition to these safety features, the Perodua Bezza variants come equipped with ABS, EBD and also intermittent operated windshield wiper which changes speed in-line with the vehicle’s acceleration (speed sensing wiper). This will further improve the car’s safety features as it improves visibility when driving in the rain. 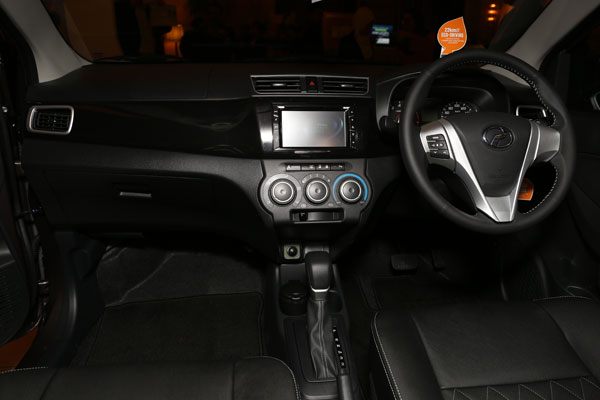 Following Perodua’s signature design, the sedan is made with quality, comfort, spaciousness, reliability, affordability and looks in mind. The car is based on customer feedback and preference. The respondents were from both urban and rural areas nationwide.

“The result is that potential buyers were looking for a sedan which has global features but at the consumers’ price,” Aminar said. “This sedan car has one of the biggest boot spaces in the market with 508 litres available in its class. It is also versatile enough with the foldable rear seats configuration (60:40) which result to 8+1 seating configurations to allow for maximum flexibility to address a variety of situations for the customer. It does not compromise the interior which has plenty of leg room for a compact sedan,” he said.

“This feature is part of the model’s fuel saving technology adapted to Malaysian weather – another first for Perodua and a first for a national carmaker,” Aminar said.

Meanwhile, the eco driving 1.3 litre’s manual transmission variant can potentially travel 21.7 kilometres per litre, while the automatic transmission can travel 22 kilometres per litre with ‘Eco Idle’ System which available in the Advance variant only. The full tank can potentially travel up to 792km driving. The ‘Eco Idle’ system will automatically stops the engine when the car is idle and restarts upon release of the brake, thereby reducing fuel consumption and emissions. Drivers can deactivate this feature if they wish. “The Perodua Bezza improvements to the exterior design also result in the best drag coefficient (CD) in Perodua history,” Aminar said.

Another first for Perodua is the push start/stop button and smart entry with smart key which available in the 1.3L variants only. On the multimedia paraphilia, the Perodua Bezza 1.3L Advance variant is equipped with a multimedia-mobile link device where a user can access social media and entertainment features of their Android gadget when the vehicle is static. Users can also interface navigation applications such as Waze and Google Maps through this “Smart Link” feature. 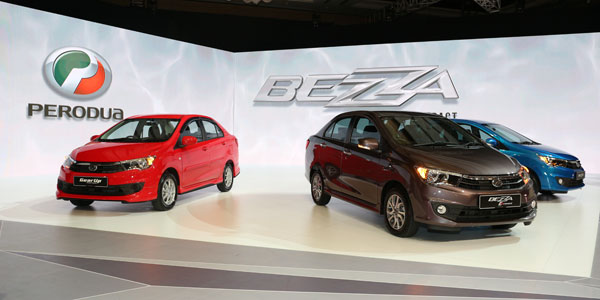 On top of these features, back passengers can also charge their devices at a USB port located at the rear centre console. “We believe that convergence between mobile technology and the car is inevitable. With that in mind we want our customers to use this technology as safe as possible when travelling,” Aminar said.

The car comes in 6 different colours, which include Sugar Brown and Ocean Blue for 1.3L variants, which are new metallic colours for Perodua, as well as existing colours of Lava Red, Ebony Black, Glittering Silver & Solid Ivory White. Perodua uses eco-friendly water based paint which also provides a better finish.

“Please visit any of our showrooms nationwide to see, touch and test drive the PERODUA Bezza. You will be amazed,” Aminar said. 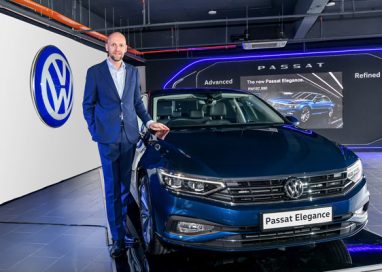 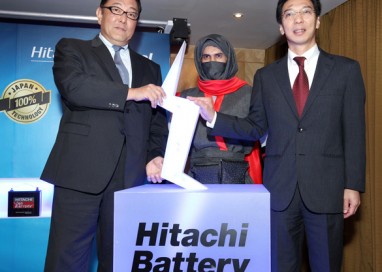 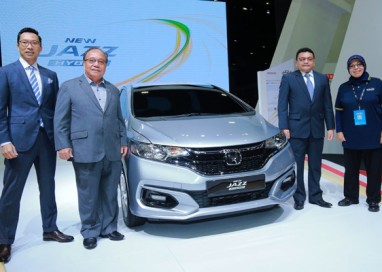 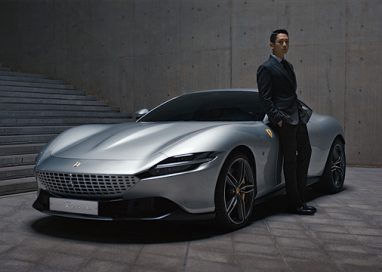 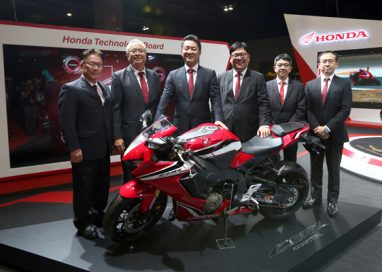 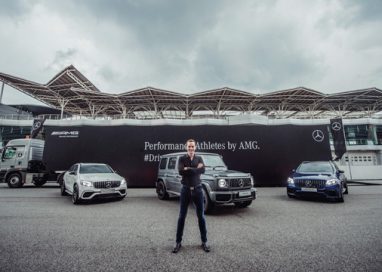