Independence Day: Resurgence: We always knew they were coming back

Kuala Lumpur (21 June 2016) — We always knew they were coming back.  After Independence Day redefined the event movie genre, the next epic chapter delivers global spectacle on an unimaginable scale.  Using recovered Alien technology, the nations of Earth have collaborated on an immense defense program to protect the planet.  But nothing can prepare us for the Aliens’ advanced and unprecedented force.  Only the ingenuity of a few brave men and women can bring our world back from the brink of extinction.

For director Roland Emmerich, INDEPENDENCE DAY: RESURGENCE marks a return to the universe he and co-writer and producer Dean Devlin created two decades ago.  They captured cinematic lightning in a bottle—electrifying audiences around the around the world with drama, action, fun, unforgettable characters, and a presidential speech that’s still quoted today.

In short, the film was nothing less than a game-changer: it became part of our pop cultural conversation, and reminded us why we go to the movies.

Notably, the new film is Emmerich’s first sequel.  “This world is very special to me, and I wanted to do right by it and the characters,” says the filmmaker.  “Enough time has passed that it all felt fresh to me.”  Also nudging Emmerich back to the world of Independence Day was the chance to employ visual effects that were light years ahead of those available twenty years ago. 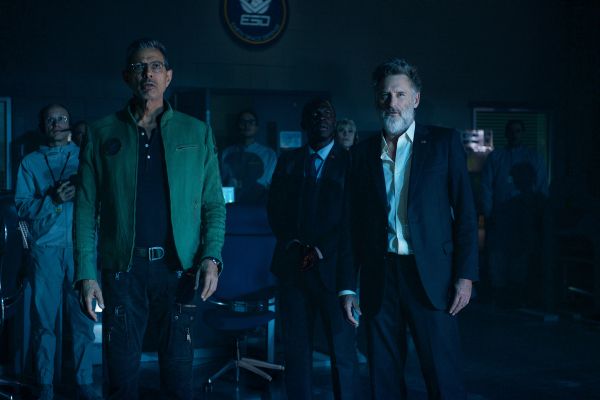