The two new plans under its mobile broadband offering, Broadband 145 and 185, offer 50GB and 100GB internet quota respectively and will be available to customers beginning 1 April.

With Digi’s all new MobiFi, customers will be able to create their very own WiFi hotspot, and share the internet with up to 10 devices, including non-4G LTE-A enabled devices. MobiFi’s longer lasting battery life also provides customers with longer internet surfing time. These devices will initially be available in the Klang Valley and rolled-out to other market centres in stages.

“What we want is to enrich the lives of our customers and enable them to utilise the internet consistently. With these new broadband plans coupled with our widest 4G LTE and 4G LTE-A coverage, we are set to take on the rising need for internet access, enabling our customers to constantly be ‘online’ while at work or play,” said Praveen Rajan, Digi’s Head of Postpaid & Digital Services.

Praveen continued, “LTE-A is set to become the next step in the evolution of LTE networks. The technology is expected to assist the massive increase in mobile data demand, enabling Malaysians to tap on much higher data speeds. The digital lifestyle of Malaysians is ever-growing and what better than to complement this lifestyle with a set of broadband plans that caters to various Digi customers.” The new broadband plans follows after the recent Digi Postpaid plan announcement as part of their initiative to provide the internet for all. As part of their aggressive rollout, Digi’s future-ready plans include Voice-over-LTE (VoLTE) and Voice-over-WiFi (VoWiFi) services that are expected to be available later this year. As of 31 March 2016, Digi’s 4G LTE network continues to grow and now covers 72% of populated areas in Malaysia and is available in 150 cities and major towns. Digi’s LTE-A coverage currently serves 31% of Malaysians and is focused on key market centres before stretching out to secondary towns.

“With the evolution of technology today, we now see a lot of demand for 4G LTE-A enabled devices. Today’s announcement of our new broadband plans represents our testament to providing the best products and services as well as value at the right time for both our loyal and potential customers.” said Praveen.

As part of the introduction of these new plans, existing Digi Postpaid subscribers who subscribe to the new Broadband 145 or Broadband 185, will enjoy an additional promotional discount of RM25 per month.

For detailed information and a full price list for the new broadband plans as well as Digi’s 4G LTE-A services, visit digi.my/broadband and digi.my/4glte.

Previous: TM launches its new look TMpoint Outlet and unveils its new UniFi Pro Plan
Next: Enter the world of Streaming like a pro with Razer’s New Game Capture Card 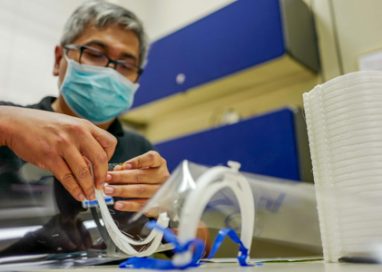 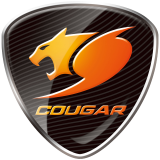