With mandatory track resurfacing at Sepang from 15 February to 8 May 2016 requiring full track closure, the calendar sees the rescheduling of some major events. The WSBK has been brought forward to 13 to 15 May 2016 – Round 6 of the championship, while the F1 has been moved to 30 September to 2 October 2016 – Round 16 of 21. The MotoGP will be held from 28 to 30 October 2016, maintaining its position as the penultimate round of the 18-round championship.

“2016 sees a number of changes in SIC’s race calendar, in addition to the new ticket categories. We intend to optimise the rescheduling of the international races to promote the events to a wider audience. October will be a thrilling month of motorsports with the F1 and MotoGP taking place in the same month. It will also be a Southeast Asian F1 extravaganza with the 2016 F1 Malaysia Grand Prix held two weeks after the Singaporean race. Meanwhile, the WSBK held before Ramadan is expected to be more conducive for attendance. Additionally, we are introducing a popular Malaysia hero as a full-season competitor this year, with the aim of emulating the success of the Malaysia MotoGP in recent years,” said Dato’ Razlan Razali, Chief Executive Officer of SIC. During the event, SIC introduced the DRIVE M7 SIC Racing Team riders, Jakub Kornfeil returning for a second year and rookie Adam Norrodin. This year, the SIC Racing Team, competing in Moto3, will be using the Honda NSF250RW. Meanwhile, Muhammad Zulfahmi Khairuddin was announced as the much anticipated Malaysian rider who will be participating in the Supersport category in WSBK 2016.

“Adam is one of the discoveries from the Shell Advance Asia Talent Cup (ATC). His performance competing against Asia’s brightest young talents in this feeder championship has been very encouraging. The SIC Racing Team achieved very promising results in its rookie year with two podiums finishes courtesy of Jakub Kornfeil, so in 2016, there are high expectations for the team. Jakub will be targeting a top 5 finish and Adam is aiming to become one of the top 3 rookies. We are also hoping for Zulfahmi to do well with the passionate support of Malaysian fans giving him an extra boost,” added Dato’ Razlan.

Kornfeil finished 12th in Moto3 with 89 points – coming in second at the British MotoGP and third at the Valencia MotoGP, while Adam finished eighth in the ATC with 105 points, having achieved second and third placing during the supporting races for WSBK and MotoGP in Sepang respectively.

SIC also introduced the Sepang 12 Hours 2016 in partnership with the SRO Motorsports Group. While the inaugural race held in 2015 saw a great start, the 2016 race is targeted to be bigger and better, featuring more top quality international teams, especially from Japan, and also more participation from local teams. In 2016, the Sepang 12 Hours, scheduled for 10 to 11 December 2016, will be the final leg of the 2016 Intercontinental GT Challenge, which brings high-level GT3 racing across four continents.

During the SIC Appreciation Night activities, SIC acknowledged and celebrated the contribution and support of all partners, clients, agents, racing teams and riders, and the media. The Appreciation Night, which saw the attendance of approximately 350 guests, included the presentation of Best Local Agent awards to 3 agents. All fans are urged not to miss the one-month Super Early Bird promotion for WSBK and F1 from 12 January to 15 February 2016, which offers discounts up to 50%. F1 tickets are selling from as low as RM128.26, while WSBK tickets and passes can be obtained with discounts of up to RM190. All fans with disabilities* can purchase special tickets at 50% off for all the international races, for designated seating areas. There are also special child tickets for the F1, with a 50% discount.

Tickets for WSBK Malaysia 2016 start from only RM38 for the K1 Grandstand and RM88 for the Main Grandstand with various packages available. Normal prices have been reduced as much as RM142 for the Main Grandstand Paddock Access ticket compared to 2015. While tickets will be sold at normal prices from 1 April to 15 May 2016, Maybank and Bank Mandiri customers can still enjoy a 20% discount. Fans can look forward to Special Tribune tickets, which will be announced soon.

Tickets for the 2016 F1 Malaysia Grand Prix include Main Grandstand tickets priced from RM467 to RM1,877 in various seating areas. Grandstand K1 tickets are priced at RM700, Grandstand F tickets at RM297, and Star Stand (Hillstand B), Hillstand C2 Covered and Hillstand K2 Uncovered tickets at RM183, RM170 and RM85 respectively. Star Stand tickets allow holders to catch both the race and the post-race concert from a premium vantage point on the same spot. Other tickets entitle the holder entry into the concert area.

Also available for F1 fans are Special VIP Tribune tickets, with Ferrari, Mercedes and Red Bull Tribune tickets to be announced soon. Disabled seating is available at the Main Grandstand Crystal, Citrine, and Tower areas only. The Early Bird discount of 20% is available from 16 February to 18 April 2016. Meanwhile, Maybank and Bank Mandiri customers can enjoy 20% off standard ticket prices from 18 August to 29 September, excluding Hillstand C2 and K2 tickets.

Standard ticket prices for the 2016 Malaysia MotoGP range from RM318 for a Premier Roving pass to RM42 for a C2 Covered Hillstand ticket. Tickets for the Main Grandstand, K1 Grandstand and F Grandstand are priced at RM212, RM117 and RM85 respectively. Meanwhile, tickets for the Marc Marquez Tribune and VR46 Tribune are selling for RM265 and RM170 respectively. Fans can enjoy Early Bird ticket savings of up to RM63 if they purchase tickets from 12 January to 21 March 2016. Maybank and Bank Mandiri customers can enjoy 20% off standard ticket prices from 15 September to 27 October 2016, while Shell employees enjoy a 10% discount from 1 July to 27 October 2016. C2 Hillstand tickets are not eligible for all discounts. To find out more about the ticket pricing and activities lined up for 2016, visit Sepang International Circuit’s website at www.sepangcircuit.com. 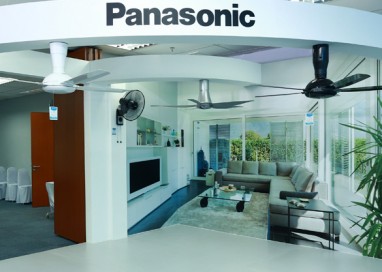 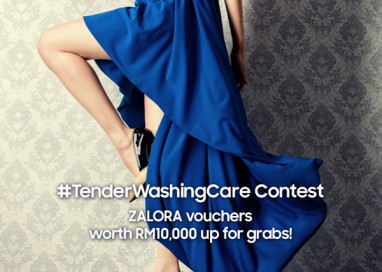 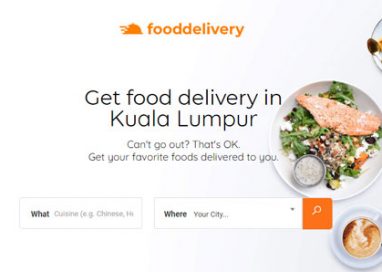