Kuala Lumpur (8 October 2014) – Eliphant Pte Ltd, organiser of GameStart 2014, recently announced on October 2, a killer line-up of games and activities for the inaugural event, bringing gaming enthusiasts in Southeast Asia a premier game convention like no other.

“We’re pumped from our visit to the recent Tokyo Game Show, and thrilled to be bringing the buzz and some of the much-hyped content from the show to gamers in Singapore,” said Elicia Lee, Director at Eliphant. “We’re very pleased with the exhibitors and activities that will feature at GameStart – international big boys and home-grown indie developers, demos of the latest games, eSports tournaments and a really awesome retro gaming section that is guaranteed to bring back many fond memories. There’s going to be a range of great activities to keep people of all interests well entertained.”

The event, to be held on October 25 & 26 at Suntec City Convention Centre, is designed to appeal to everyone from core and casual gamers to cosplay enthusiasts. The first 300 visitors each day will receive a ‘Random Loot Bag’ which could contain anything from limited edition T-shirts to games, posters and other exclusive items. All ticket holders qualify for a daily lucky draw in which they could win prizes such as consoles, games and gaming accessories such as Razer and the Creative SB Inferno gaming headset by Creative Sound Blaster.

SingTel is the Official Fibre Broadband Partner and will power the connectivity for gaming and live streams of GameStart 2014 to Twitch. SingTel has also partnered with AFTERSHOCK PC to offer special deals to visitors.

Main exhibitor Sony Computer Entertainment HK (SCEHK) will occupy more than 250 square metres of space showcasing close to 30 exciting titles for the PS4, PS3 and PS Vita. Not to be missed are hands-on previews for Bloodborne, The Order 1886,Until Dawn and Guilty Gear Xrd (all slated for release in 2015). Most of the games on show will be unreleased and recently-released titles.

SCEHK will also specially fly in Masaaki Yamagiwa, the Producer for Bloodborne, and Junichi Yoshizawa, Producer forFreedom Wars, to meet fans and speak about their games on stage at the event. Event attendees will enjoy exclusive deals at the SCEHK booth, and early birds will receive special items like the Xperia Z3 (first three customers), special Toro PS4 HDD Covers (first 10 customers per day) and PlayStation T-shirts (first 50 customers per day). Visitors can also look forward to big promotions on PlayStation 4 and PlayStation Vita games,while those looking to upgrade their gaming systems can trade in old consoles for a sweet $100 discount off a new PlayStation 4.

2K Asia will be bringing a preview of their highly-anticipated 4v1 game Evolve, for visitors to play at GameStart 2014. Made by the creators of Left 4 Dead, Evolve is a cooperative/competitive shooter where four Hunters face off against a single, player-controlled Monster in adrenaline-pumping 4v1 matches.

GameStart aims to provide a platform for the local community to promote its work, and will have a dedicated area called the GameStart Founders Base, featuring local game developers and artists. Exhibitors include Boomzap Entertainment and Witching Hour Studios who will be showcasing their games. Witching Hour is well-known for their Ravenmark series and their latest title,Romans in my Carpet – both of which have both received great reviews locally and overseas. Inzen Studio and Liongeeks Studios will also be showcasing their work, as well as homegrown artists Kinetiquettes, who will showcase their crafted licensed Capcom figurines, and conduct a live sculpting demo at their booth over the two days.

Individuals considering a career in gaming should catch the ‘Joining the Games Industry in Singapore’ panel, which will be led by Ian Gregory, Co-Founder and Creative Director of Witching Hour Studios.

Not to be missed are RZR Xian and MCZ Daigo Umehara, previous EVO Champions who will be displaying their skills; EVO being the #1 fighting video game tournament held in Las Vegas every year. Pro-gamer RZR Xian made history when he became Singapore’s first ever EVO winner in 2013, and MCZ Daigo is reputably one of the top players in the world. Other top players include AVM Gamerbee and Jonny “HumanBomb” Cheng.

The tournament finals for Naruto, Gundam Extreme VS FB, Jojo’s Bizarre Adventure and Soul Calibur will be held at GameStart, with the qualifiers being held over the two weeks leading up to the event. Organisers Namco Bandai Games will also be showcasing a range of their hottest games including Tales of Hearts R, God Eater 2 Rage Burst, Godzillaand Project CARS. Sword Art Online fans can expect an appearance by Yousuke Futami, one of the producers of the Sword Art Online game, who will be making an exciting announcement at the show regarding the franchise.

Prominent FIFA eSports personality Mohamed Phirkhan / Xtr3me3.NKSG will be conducting a FIFA Workshop and tournament on PS4 with the goal of encouraging more FIFA players to play competitively and grow the FIFA community in Singapore and SEA. Participation in the tournaments is specifically for new and upcoming FIFA players only, and other top players are welcome to spectate. Tournament winners will receive attractive prizes sponsored by SCEHK.

Bring back the memories with Retro DNA

GameStart has partnered with Versus City – Singapore (Indie-Pendent Games) – a gaming shop which specialises in retro game consoles – to run ‘Retro DNA’. Gamers will no doubt be fascinated by the walk down gaming history, with games and paraphernalia from the 70s, 80s, 90s, and the earlymillennium.

Many consoles which represented the golden age of gaming will be on display and available for event attendees to try their hand at, including the Nintendo Famicom, Super Famicom, Sega Megadrive, Sega Dreamcast, Playstation 1, and even the Atari 2600. The booth will also feature arcade setups running the Neo-Geo MVS system.

Those interested in getting a personalised custom figurine of themselves can head to the Cadaq booth to check out their 3D scanning and 3D model printing technology. Cadaq, who will be sponsoring prizes for the Game On! GameStart Cosplay Competition, is an autodesk partner which provides training in Computer Aided Design (CAD) and Computer Aided Engineering (CAE).

A social enterprise that endeavors to provide skill training to those with disabilities, and enable them to find employment, Cadaq works primarily with the Singapore Association for the Deaf and a portion of their proceeds go to the Association. A number of their staff are also deaf, and have excelled in roles as designers.

Renowned international cosplayers Yuegene Fay (Thailand) and Yasemin Arslan (Australia) will be in Singapore to meet fans in a panel on stage and act as judges for the Game On! GameStart Cosplay Competition that will be held on Sunday 26 October. The competition will beopen for entry submissions till 5 October 2014

Yuegene Fay is best known for her visual kei style of cosplay and ability to portray a diverse range of characters. Yasemin is well-known for her cosplay of Katarina from League of Legends (LOL), and characters from Borderlands and Bioshock Infinite. Yasemin will be cosplaying League Of Legend’s Riven at the event, specially crafted for the event. Winners of the competition will receive cash and prizes worth over $500 each.

Updates on details and schedule of activities will be available on the GameStart website www.gamestart.asia leading up to the event.

How to buy tickets

Tickets are now on sale at $8.50 (MYR 21.80) (1 day pass) and $15 (MYR 38.40) (2 day pass) and available online at http://gamestart.asia/ as well as a list of conveniently-located partner stores (please check for website details). All ticket holders will qualify for a daily lucky draw in which they could win consoles, games, gaming accessories and more. Limited edition GameStart tees are also available forsale online until 11 October 2014. 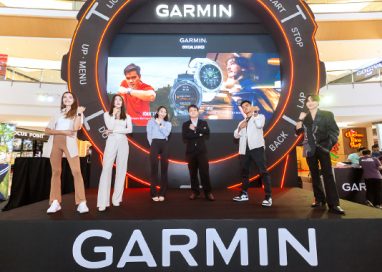 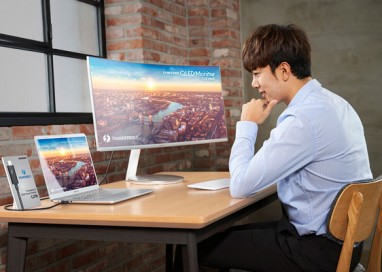 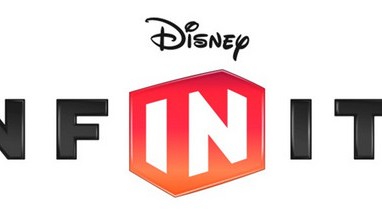 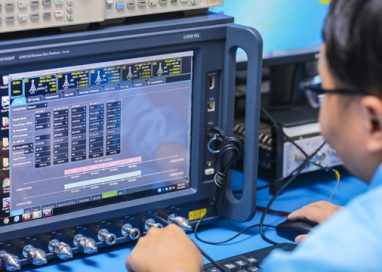