The Telenor Group-TNS study was carried out on a sample of more than 2,600 people in Malaysia, Thailand, Sweden and Norway aged 16-35 years old who use Internet on their phones – a demographic Telenor identifies as ‘digital frontrunners.’ In the technology and communications industry, this group is seen as early adopters. The trends and technology they embrace can often be used to predict what will become popular in the wider community in their countries.

While Scandinavia’s mobile market is already highly advanced in every demographic and downloads more overall data, this particular subset of users in Malaysia and Thailand is revealing itself to be more mobile Internet-oriented than their Swedish and Norwegian peers – using more communication platforms.

“The progress we are seeing in the adoption of the latest mobile apps and services among youth in our Southeast Asian markets is rapid. Our digital frontrunners in Malaysia and Thailand are now some of the most tech- and mobile-savvy young people in the world,” said Sigve Brekke, Telenor Group EVP and Head of Asia Operations. Brekke is also Chairman of Telenor’s operations in Malaysia, DiGi.com Berhad.

“This indicates to us that the opportunities for sustained growth in the mobile technology space in these markets may be bigger than we expected,” he said.

Mobile Internet a staple for Malaysian and Thai digital frontrunners; Scandinavians warm to Internet-powered messaging and chat
Despite the fact that Malaysia and Thailand’s ICT infrastructure is not as mature as that of Norway or Sweden, both markets demonstrated, by large margins, more openness to new technology and internet services. Most notable findings:

Eighty-one percent of Malaysians and Thais use chat apps for daily communication, as opposed to 44 percent of Swedish and 57 percent of Norwegian respondents.

Well-known apps like Whatsapp, LINE or WeChat differ in popularity across the four markets, while the only app equally popular in all of the countries is Facebook Chat. Whatsapp and WeChat are top chat apps among Malaysia’s digital frontrunners while their Thai counterparts flock to Line and Facebook Messenger. Thailand is LINE’s 2nd largest global market.

The use of messaging applications grew the fastest in Sweden. All other Internet-enabled communications, including Internet voice, video calls, Internet chat and social media postings also rose in the past year and a half in Sweden.

“The flexibility that Malaysians and Thais show in leveraging and using mobile Internet is very impressive and surpasses even Scandinavia. It signifies the importance mobile Internet plays in their daily lives,” said Brekke. “While we continue to work to provide millions of low-income people in rural areas of South Asia and Southeast Asia with affordable Internet for All services, we are also keeping our fingers on the pulse of the technologically savvy youth in our Asia markets because they show us what products and services will be widely desired in the short- and mid-term. Understanding their habits also helps us to identify where new technology ecosystems may emerge in their markets,” he added.

Voice, email and video habits varied
Voice calls are still widely used in both regions, with 84 percent of Thais, 73 percent of Malaysians, 63 percent of Swedes and 67 percent of Norwegians making at least one phone call during the day.

Fifty percent of Thais and Malaysians exchange emails via mobile data compared to 31 percent of Swedes and 21 percent of Norwegians.

As for video calls, more than 30 percent of Malaysians and Thais use the service, while only 14 percent of Swedes and four percent of Norwegians do the same.

Outperformance and a common denominator
The study concluded that across the range of mobile communications functions, Malaysian and Thai digital frontrunners out-use their Scandinavian counterparts in every category because they choose to communicate across a range of various platforms – apps, social media, voice. While those surveyed in Malaysia and Thailand use a wider range of services and applications than their Scandinavian peers, those surveyed in Sweden and Norway download and use significantly more data.

“What unites the four markets is that their digital frontrunners increasingly demand video and data-rich media. Personal attitudes towards socialising and having fun online are the main common drivers of mobile internet network use, known in the industry as ‘mobile Voice-over-IP’ (mVoIP). For messaging apps, group communication and efficiency are additional key features driving popularity,” said Ole Christian Wasenden, Head Researcher in Telenor Group’s Competition division. 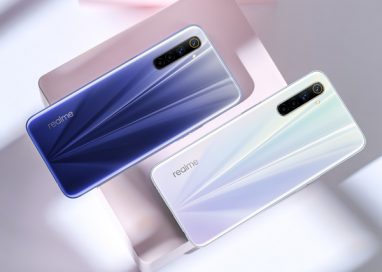 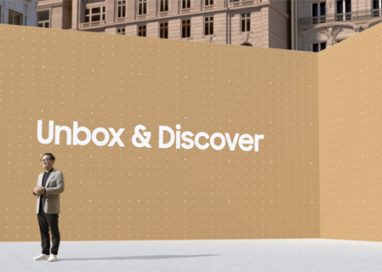