Kuala Lumpur (17 February 2014) Huawei, a leading global information and communications technology (ICT) solutions provider, today announced that it will be expanding its presence in Malaysia this year by bringing in more flagship mobile devices and opening of retail stores at key market centres. In addition, the telecommunications giant also plans to ramp up its marketing communications activities to build stronger brand awareness in the country.

At a media briefing held today, Gary Xu, Country Director for Huawei Consumer Business Group in Malaysia said, “Since 2011, Huawei Malaysia has been steadily building its presence in the local consumer market through the introduction of a great line-up of mobile devices that cater to consumers’ needs and lifestyles. We are pleased to say that our efforts are bearing fruit. In a study conducted by IPSOS, a global market research company, awareness of the Huawei brand amongst Malaysian consumers in 2013 was 39%, a commendable feat considering that we only started our consumer outreach programmes barely two years ago.

“Riding on the momentum, we are set to further accelerate our growth in 2014. Our strategy this year will be 3-prong. First, we will be opening a number of Huawei concept stores at key locations in Kuala Lumpur and possibly other market centres to allow our fans and the public to check out and purchase our products. In conjunction with the opening of our concept stores, we will also bring in more flagship models to the Malaysian market. Last, but not least, we will be increasing our investments in marketing communications, including more ground level activities and consumer promotions.”

During the media briefing, Xu also announced the winners of Huawei’s recently concluded global holiday competition, ‘Unlock Possibilities’. The ‘Unlock Possibilities’ competition invited fans to play an online game and make a connection for the chance to win a range of prizes including two (2) Mercedes-Benz cars. The competition ran on Huawei Device Facebook pages and the mobile site unlockpossibilities.mobi from December 1, 2013 until December 31, 2013.

“The response to this competition was overwhelming and well above our expectations! It attracted over 3.8 million entries from 32 countries during the contest,” said Xu.

“What we are really proud of is the fact that Malaysia made a clean sweep of the top prizes for this competition. Both the two grand prize winners of a Mercedes Benz each are Malaysians, truly an astounding feat. It is a great affirmation that our ‘Make it Possible’ message is truly resonating with the “Malaysia Boleh” spirit of our fans,” he added.

At the prize giving ceremony, the two grand prize winners were presented a Mercedes-Benz E200, each worth RM366,888. When interviewed, Vincent Tay Boon Seng, 30, from Seremban and Lim Hoe Lee, 50, from Kuala Lumpur were ecstatic with their respective wins.

“The Huawei ‘Unlock Possibilities’ contest was an enjoyable online game which I participated without even imagining that I would actually win the grand prize. This is truly a dream come true – thanks to Huawei for making it possible!” said Lim, a sales executive.

Vincent, an Admin Assistant who currently works in Singapore said, “This is a wonderful start to the new year. It was an especially nice surprise to learn that the other winner is my Facebook gaming buddy, Lim. Huawei is truly about making connections possible!”

An additional 60,000 prize packages were given away to participants of the Huawei ‘Unlock Possibilities’ contest across the world, including the beautiful and slim HUAWEI Ascend P6 smartphone which is merely 6.18mm thick, and featuring a 1.5GHz quad-core processor and a
sleek metallic body.

“The ‘Unlock Possibilities’ competition further demonstrates Huawei’s commitment to making connections possible and providing extraordinary experiences for people everywhere. This provides a strong start to 2014 as we continue to bring the joy of technology to more people around the world and in Malaysia,” said Xu. 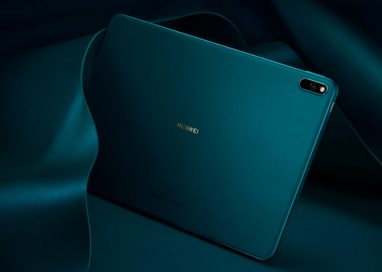 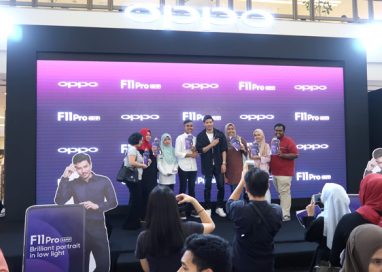