Intel Developer Forum, San Francisco (September 10, 2013) – From data centers to ultra-mobile devices such as tablets, phones and wearables, computing segments are undergoing exciting and even game-changing transitions, said new Intel CEO Brian Krzanich during today’s opening session of the Intel Developer Forum. Krzanich laid out Intel’s vision and described how Intel is addressing each dynamic market segment – such as accelerating Intel’s progress in ultra-mobile devices – with new products over the next year and beyond, including a new, lower-power product family.

Krzanich said Intel plans to leave no segment untapped. “Innovation and industry transformation are happening more rapidly than ever before, which play to Intel’s strengths. We have the manufacturing technology leadership and architectural tools in place to push further into lower power regimes. We plan to shape and lead in all areas of computing.”

This year’s Intel Developer Forum marked the first keynote addresses by Krzanich and Intel President Renee James since assuming their new roles in May.

In her presentation, James envisioned a new era in which every device and every object computes, meaning that integrated computing solutions must be smaller, faster, more versatile and produced in higher volume.

“Semiconductor-based technology will continue to address the world’s most pressing problems and exciting opportunities, changing how we live our lives, run our cities and care for our health,” said James. “Intel has played a pivotal role in every previous technology transition and will continue to enable breakthroughs in the future.”

Krzanich said that Intel this week will introduce “Bay Trail,” Intel’s first 22nm system-on-a-chip (SoC) for mobile devices. “Bay Trail” is based on the company’s new low-power, high-performance Silvermont microarchitecture, which will power a range of innovative Android* and Windows* designs, most notably tablets and 2 in 1 devices.

Defining the expanding ultra-mobile segment as smartphones, tablets, 2 in 1 tablets that take on PC functions with add-on keyboards, and other devices beyond traditional mobile computers, he said that ultramobiles are a more dynamic segment than is often recognized.

“Smartphones and tablets are not the end-state,” he said. The next wave of computing is still being defined. Wearable computers and sophisticated sensors and robotics are only some of the initial applications.”

As an example of how Intel will continue to use its manufacturing and architectural leadership to push further into lower power regimes, Krzanich announced the Intel Quark processor family. The new lower-power products will extend Intel’s reach to growing segments from the industrial Internet-of-Things to wearable computing. It is designed for applications where lower power and size take priority over higher performance.

Intel will sample form-factor reference boards based on the first product in this family during the fourth quarter of this year to help partners accelerate development of tailored, optimized solutions initially aimed at the industrial, energy and transportation segments.

As the next era of computing grows even more personal, wearables are a hotbed for innovation. Krzanich highlighted a bracelet and smartbadge as examples of concepts with reference designs under development, and said the company is actively pursuing opportunities with partners in this area.

As an example of the accelerating development pace under Intel’s new management team, Krzanich said that the company’s next-generation LTE product, the Intel® XMM™ 7260 modem, is now under development. Expected to ship in 2014, the Intel XMM 7260 modem will deliver LTE-Advanced features, such as carrier aggregation, timed with future advanced 4G network deployments. Krzanich showed the carrier aggregation feature of the Intel XMM 7260 modem successfully doubling throughput speeds during his keynote presentation.

He also demonstrated a smartphone platform featuring both the Intel XMM 7160 LTE solution and Intel’s next-generation Intel® Atom™ SoC for 2014 smartphones and tablets codenamed “Merrifield.” Based on the Silvermont microarchitecture, “Merrifield” will deliver increased performance, power-efficiency and battery life over Intel’s current-generation offering.

Citing continued, rapid innovation for PCs of the future, Krzanich demonstrated a 14nm-based “Broadwell” system. “Broadwell,” set to begin production by the end of this year, will be the lead product made using Intel’s 14nm manufacturing process. The first “Broadwell” products will deliver higher performance, longer battery life and low platform power points for 2 in 1 and fanless devices, Ultrabooks™ and various PC designs.

Saying that Intel will bring the full weight of its manufacturing process and architectural leadership to the Intel Atom processor family, he confirmed Intel intends to bring its Intel Atom processor and other products based on the next-generation “Airmont” microarchitecture to market on Intel’s leading-edge 14nm process technology beginning next year. Timing will vary by product segment.

Intel’s datacenter business, which generates more than $10 billion in revenues annually, develops solutions that help businesses keep pace with the increasing demands for cloud services and for managing data generated from billions of users and connected devices worldwide. Intel’s goal is to re-architect the datacenter to enable a common, software-defined foundation for both datacenters and cloud service providers that spans servers, networking, storage and security.

Computing to Solve the World’s Problems

In her comments, James highlighted smart cities and customized healthcare as examples of potential applications for technology that can turn computing theories into life-changing realities.

By 2050, 70 percent of the world’s population is expected to live in megacities, according to James. Developments in semiconductor technology will further advance machine-to-machine data management in smart cities. Intel is partnering with the cities of Dublin and London to build a reference solution that could revolutionize urban management, providing citizens with better cities and improved municipal services with lower costs.

“It’s one thing to install computing power in billions of smart objects,” said James. “What we’re doing is harder — making powerful computing solutions that turn data to wisdom and search for answers to the world’s most complex problems like cancer care. What we’ve seen so far is just a glimpse of how Intel technology could be used to help heal, educate, empower and sustain the planet.”

James also highlighted Intel’s supercomputing work as one of many examples where computational ability can transform healthcare, the largest sector of the global economy. Intel is working with the Knight Cancer Institute at Oregon Health and Science University on a project aimed at shrinking the cost and time to analyze human genetic profiles and create searchable maps of DNA in multiple dimensions.

“For the first time in modern medicine, the computing and technology side of health care is as important as the biological side,” James said. “The more computing power we can deliver at a feasible price point, the more lives are saved.” 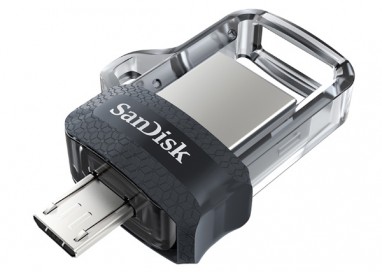 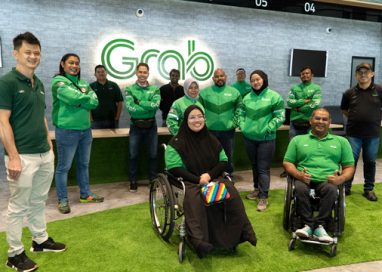 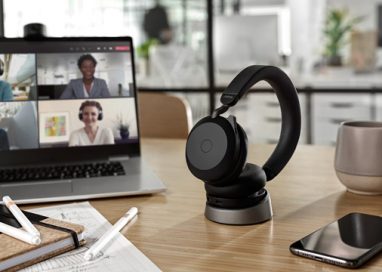 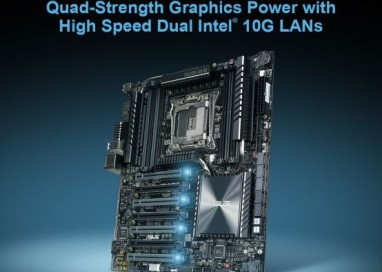 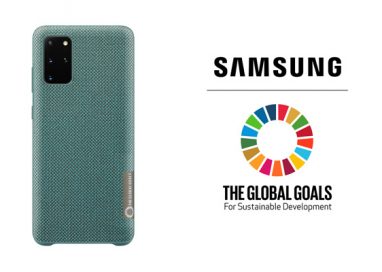 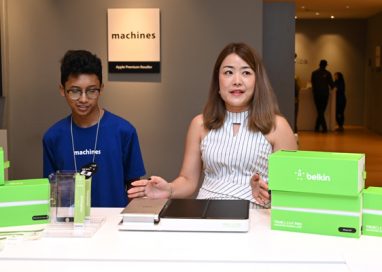